Why I’m Not A Politician with Ben Shapiro, Dennis Kucinich, & Jack Burkman

Who said it was OK to talk politics everywhere with everyone? Brant explores the business of politics with guests including conservative heavyweight commentator Ben Shapiro, liberal icon and former Presidential candidate Dennis Kucinich, and D.C.’s #1 lobbyist Jack Burkman.

Is everyone an expert in politics now? If you look at your social media feed people sure act like they are. The intense political fighting from both sides is fueling a huge divide in the country. But who’s really benefiting? In this episode Brant explores politics from the right, the left, and the money behind the system.

ABOUT WHY I’M NOT:

“Why I’m Not…” hosted by documentary filmmaker and veteran television producer Brant Pinvidic is a light-hearted weekly podcast in which Brant explores topics that he doesn’t fully understand by interviewing the people who do.

In each episode, Brant explores one of the latest topics, fads, trends or addictions from all sides, and tries to remind you… before you judge it, try to understand it. Why I’m Not… originates from the state of the art studios at the AfterBuzz TV network and is sold by Podcast One. 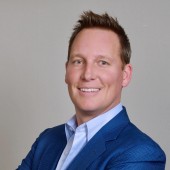 Why I’m Not: Losing Weight – with guests JD Roth and Paul McKenna

Why I’m Not A Teen Idol – With Rob Lowe

Why I’m Not: A Good Parent with Todd Marinovich, Christine Chu, Maya Thiagarajan

Brought to you by

Why I’m Not on Pokemon Go